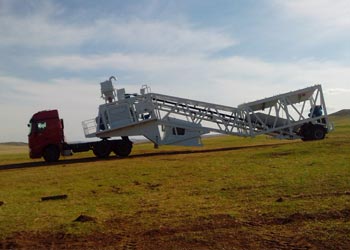 In addition to the number of bins, the distributor can also be divided by models. There models range from PLD800 to PLD4800, in which the number refers to the capacity of the weighing hopper, and that must match the feeding volume of the concrete mixer. Therefore, the model is a key parameter for distributor selection.

The last factor you should consider is the metering method. One big category is the cumulative weighing method. This is a very common type. The cumulative weighing is of simple structure and low price. A [b]mini mobile concrete batching plant[/b] should be equipped with such a weighing system. The weighing process is set in advance, by which different materials are weighed one by one. By independent weighing, however, there is a weighing hopper under each storage hopper when the aggregate is compounded. Each part of the aggregate is weighed synchronously. The batching effect is higher, and the batching accuracy is greater. It is mostly used in [b]commercial concrete mixing plant[/b]s.