Concrete pump has already had a history of nearly a hundred years so far. France began to research concrete pump as early as 1907. The French Feliz Haier had designed and manufactured concrete delivery pump in 1927, and achieved the first successful application. In China, concrete delivery pump had been imported from abroad in 1950s. For example, 252 type concrete pump from Soviet Union had been used in the construction of Wuhan Yangtze River Bridge. Because of the deficient conditions at the time, continuous failures of the machine did not cause the attention of construction unit. From the 1960s to early 1980s, many manufacturers produced all kinds of concrete pumps of various displacement and operating methods through imitation, self-development and combining foreign technology. Some of them even passed the national identification, but no one had been widely used. 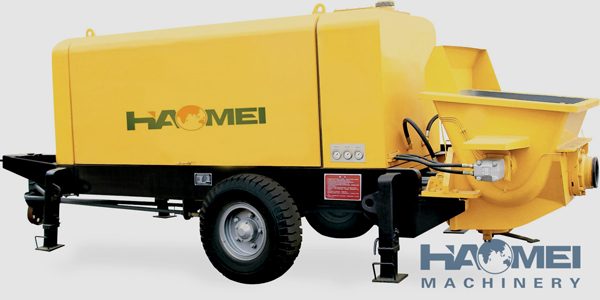 The large-scale application of concrete delivery pump begun with the project construction of Shanghai Baoshan Iron and Steel Plant in 1979. Bao Steel Engineering imported a DC-S115B concrete pump truck from Japan’s Mitsubishi Heavy Industries and equipped it with six cubic meters concrete mixer truck. It was widely used in a variety of large-scale reinforced concrete foundations and other projects, which achieved good results and accumulated a wealth of experience. From then on, Nanjing Jinling Hotel, Shanghai Hotel, Union Building, Beijing Subway and other major projects had successfully used concrete pump, which greatly promoted the advanced method of using concrete pump in construction industry.